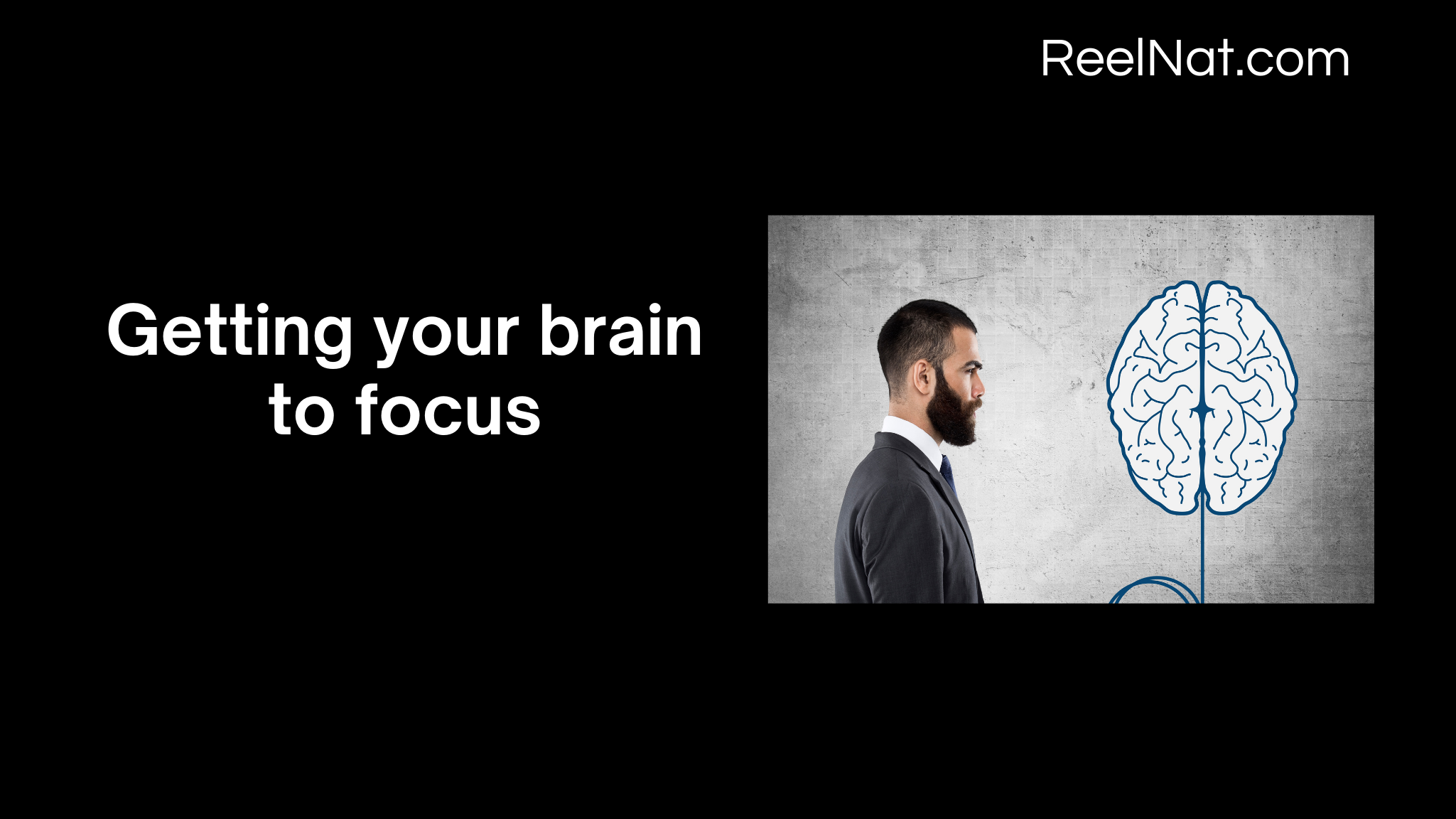 We can all become less distracted by the daily tasks and more creative through practice. Technology is often distracting us, but we can manage our dependence on technology, which only grows over time. This will allow us to be more aware of the things that we truly want to do.

Get Your Brain to Focus

“If I’ve learned one thing after taking this deep dive into the world of how we focus, it is that the state and quality of our attention determines our life.” – Chris Bailey

Chris suddenly realized that his daily life was just a series of screens. He began to experiment and research.

smartphone, tablet, smartwatch, and up to a screen attached to a laptop.

Chris is aware that he spends hours per day on one device, which is the culprit. He spent more time on this device than any other, and his phone was the most sinister thing.

What happens if we lower our phone usage?

Chris did exactly that. He restricted the use of his phone to 30 minutes per day.

Chris discovers that three things began to happen after a week of the experiment.

It comes down to this question: How does technology affect our attention and ability to focus?

We do know that technology such as smartphones and tablets can increase our lack of focus, decrease our ability to think and recall and affect our ability to regulate emotions and pay attention. We all have our smartphones within arms reach. It is easy to get distracted by the possibility of a message, a call, or anything on social media.

What is an attention span? It’s how attentive we are to the world around us and how controllable we are about our focus.

This section is opened by Chris’s fascinating research on attention span.

“It turns to be that when we work in front of computers, especially when our phones are nearby, we can focus on one thing for only 40 seconds before switching to something else.”

He also observed what was happening during that time.

It took him about a week for his brain to adjust to a lower level of stimulation. Three things started to happen after he had adjusted his stimulation level.

“It felt like I could concentrate on the things I was interested in, not effortlessly, but much easier than before this experiment began.”

Additionally, my mind came up with more ideas as I traveled the world, especially when it wandered. Plus, I had more thoughts and plans for the future. These three effects were possible by getting rid of one device.

Our brains are overstimulated. Our brains crave distraction.

Our brain rewards us with dopamine whenever we seek distraction. This is the NOVELTY BIAS.

Chris is the one who came up with this idea. What if he reduces his stimulation? Based on the fact that his initial experiment yielded a remarkable result.

Chris called the second experiment a month of boredom. To adjust his stimulation, he does many things.

Day 4: He was on hold with Air Canada. Other activities can also cause boredom.

What is the result? The same effect is seen in his smartphone experiment. His mind took approximately a week to adjust to a lower stimulation level.

Chris’s attention span expands when he is stimulated with even less stimulation. He could concentrate more easily.

What can we expect from being less stimulated?

Our minds wander more frequently, and we get more ideas and plans.

Our attention is drawn to three places when we allow it to rest: the past, present, and future. Our minds focus 48% of the day on the future out of all three.

Did you ever find that your mind wanders while taking a shower or planning your day? This is called perspective bias. It’s when our minds wander.

Find your way to wonder more often. Chris’s preferred method is knitting. He captures his thoughts and plans while knitting.

Chris concludes his talk with two fundamental shifts in how we think of our attention.

This means that we can travel more often and capture ideas and plans.

“Overstimulation can be a distraction from focus.”

Overstimulation is a problem.